Why don’t you pop a long and venture into the world of embroidery?

The club is run by Miss Payne and Mrs Newell

Embroidery dates back to the early 13th Century. The Norman period chose to create beautiful tapestries which served as a record of great events throughout their history.

Each century has seen change to this decorative art form.

18th Century – became more naturalistic in nature. As embroidery became strong in China birds with plumage and flowers were and still is the main theme of an item.

19th Century – Still in practise but more for craft rather than creation.

Chinese embroidery also has a lengthy history. All female children had to learn this art form. It started by local women who darn their clothes, pouches and bedclothes. Themes were colourful flowers and birds.

Irish embroidery developed through Mount Mellick in the 1800’s by Johanna Carter. They taught girls/women white blocking (lower income families) who then sold pieces at the docks to people who were travelling to the USA. 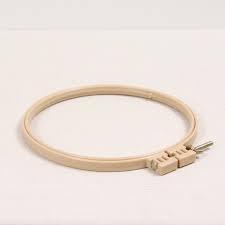 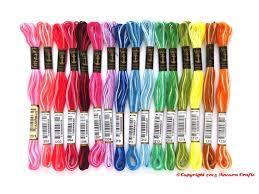 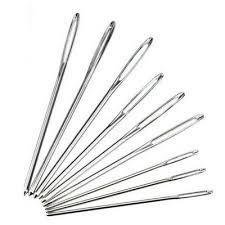 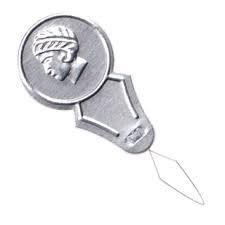 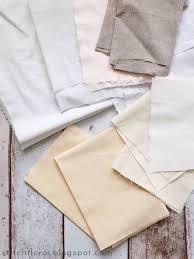 Our club commenced after school on Thursdays between 3pm - 4pm .

Before we started to make a pincushion, we learnt some basic stitches with a sample picture.

In our first week, we traced an outline of mountains onto the material (cotton/polyester) using a pencil or water based fabric marker. Remembering to anchor the material with masking tape, to the table! We discussed different coloured floss (threads) making each picture unique to the creator.

In week two, each child chose their first colour floss. The first stitch to learn was chain stitch. 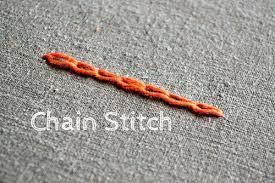 Once the edge of our circles were complete, we moved onto sewing the boarder of the mountains - back stitch. 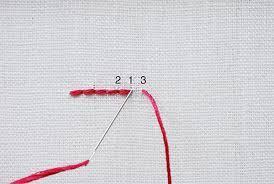 Moving on, the next stitch to master  - Stem stitch. 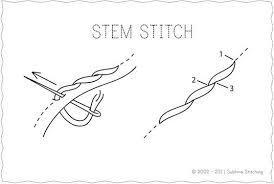 We are now at the stage of the sky. This is the running stitch. Having traced the image onto the fabric makes it easier to follow. 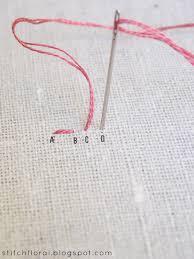 Nearly finished, just Satin stitch to master for the moon. 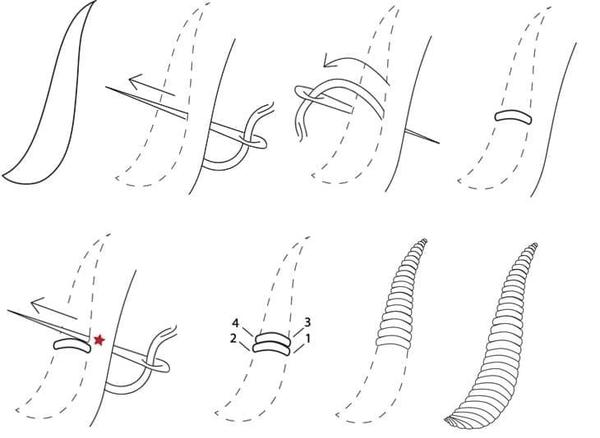 Once our sampler was completed and the children had the basics, we focused on making a pincushion. Using felt as our material, the children designed their images to put onto their cushions. 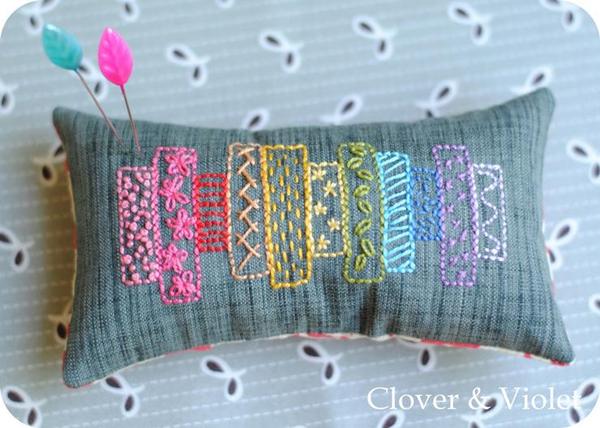 Why don't you have a go at embellishing an item. Either bags, clothes or try making your very own pin cushion.
Top