Having received an amazing quantity of stories, 5 children from each class were selected by their class teacher to be put through, as one of the competition finalists, to the pupil panel of judges. All judging was done anonymously.  After reading every finalist’s work, the final winners have been announced.

Prizes were awarded to First, Second and Third along with house points for Fourth and Highly Commended.  A fantastic effort to all those involved.

Parent, carer and staff entries were judged and rewarded points anonymously by a panel of Year 7 children. A huge Thank You to all our parent and carer entries.  We are already looking forward to next year’s competition entries.

Please take the time to appreciate the hard work and creativity of our worthy winners.

The children have worked really hard working with their CC topics this week.

Writing, both across the curriculum, and in literacy lessons is an important part of every day at Westacre.  Children write across a variety of topics within the curriculum and within many different genres. 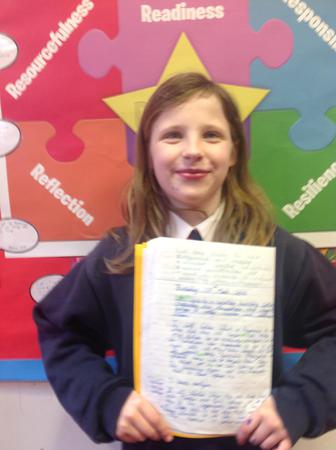 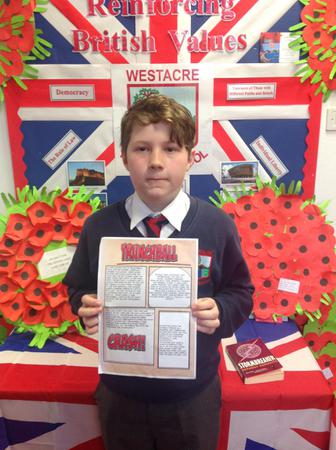 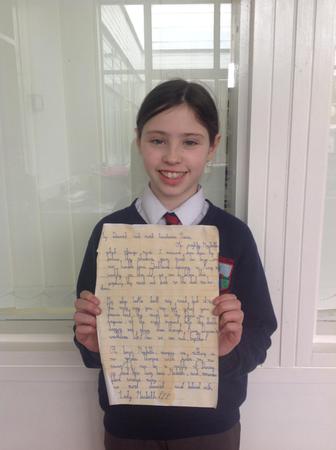 During the spring term, a selection of children were asked what they wanted to write about.  Each year group chose a genre or genres to work with and based their writing on a specific character.

The following children were the winners in their year groups:

Year five: Emily Holt, who produced an excellent horror story that excited and thrilled the rest of her class. 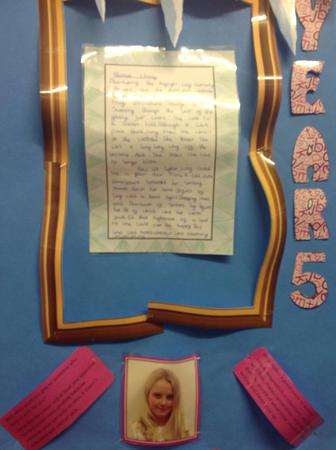 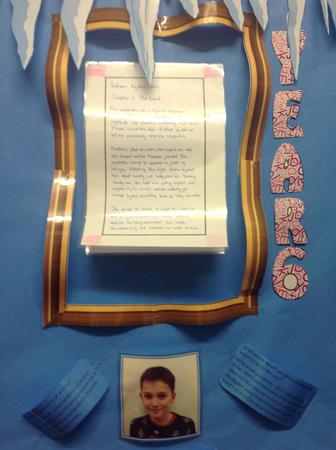 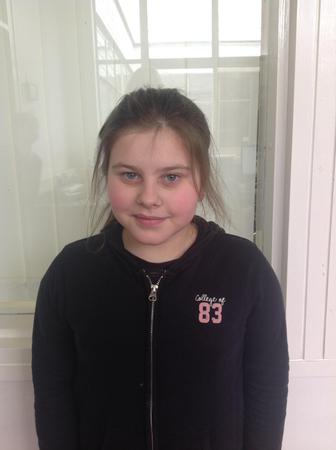 During writing week, children wrote their own version of what happened in the story The Lion, the Witch and the Wardrobe when Lucy went through the wardrobe...

The winners were the following children:

A special poem by Mia Hardie based on the life cycle of a bluebird.

The magical beauty begins to breathe,

Breaking out of its shell,

Then suddenly it fell.

Dumbfounded by what happened,

"What's going on?" he cried out loud,

While whizzing round the bend.

Then out of the blue were his parents,

Who had caught him by surprise.

They gently took him by his wings,

Then they started to soar,

The speed limit, they tore.

Finally back in his nest,

Among his brothers and sisters,

His parents' lives had lasted so long,

As they had started to grow whiskers.

Now he's there, all alone,

His brothers and sisters had fled,

"Be strong my little blue baby,"

His dead parents had once said.

He spread his almighty wings,

Going at twenty miles per hour,

Then he softly started to sing.

Flew here and there,

He looked for a spot to rest his wing,

But not a tree was bare.

When finally he spotted,

A beauty of a cherry tree,

Set upon a dew-filled hill,

Seeing as far as the eye could see.

He chirped and chirped for someone,

The opposite of his gender,

Just then, a sudden beauty,

Flying higher than the sun,

With graceful wings and eyes,

His time of life was up,

But at least it was good,

His life as a little pup.

He snuggled up to his wife,

He had had his fun.

Then everything went darker,

He walked into the light,

He said goodbye to everything,

As he dissolved into the night...

Classes were set a challenge to write a successful story within 30 minutes.  The children had to work as a class to produce an excellent piece of shared writing.  Time was tight, but I think you'll agree when we say Miss Brighton's year 6 class definitely came out shining.

Click on the link below to view 6LB's winning story!